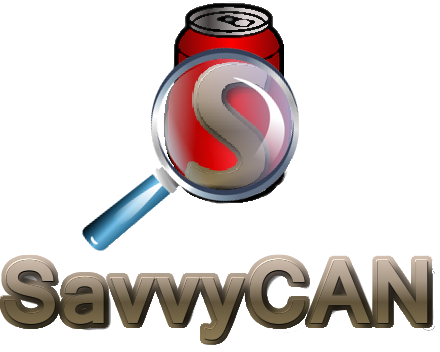 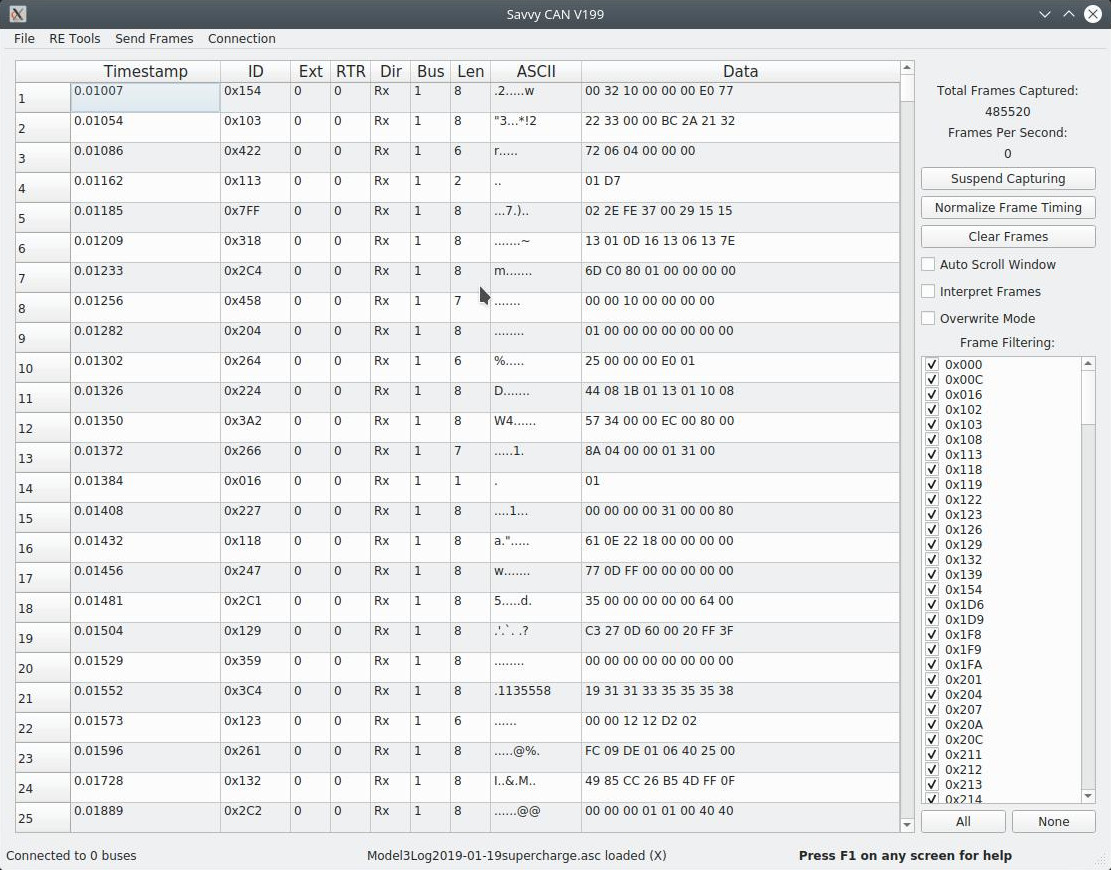 SavvyCAN is a cross platform QT based C++ program. It is a CAN bus reverse engineering and capture tool. It was originally written to utilize EVTV hardware such as the EVTVDue and CANDue hardware. It has since expanded to be able to use any socketCAN compatible device as well as the Macchina M2 and Teensy 3.x boards. SavvyCAN can use any CAN interface supported by QT's SerialBus system (PeakCAN, Vector, SocketCAN, J2534, etc) It can capture and send to multiple buses and CAN capture devices at once.

It has many functions specifically meant for reverse engineering data found on the CAN bus:

- Ability to connect to many dongles simultaneously

- Graph data found on the bus

- Load and Save many different file formats common to CAN capture tools (Vector captures, Microchip, CANDo, PCAN, and many more)

- Load and Save DBC files. DBC files are used to store definitions for how data are formatted on the bus. You can turn the raw data into things like a RPM, odometer readings, and more.

- Best of all, it's free and open source. Don't like something about it? Change it!

Need to get in touch for support? Want to chat with the community? Join the discussions at the GitHub project:

There is now a bleeding edge binary compiled for LINUX and Windows (64 Bit). This is built from the most up to date commit on GitHub but there are no promises about stability. If you'd like to try it then go to: https://github.com/collin80/SavvyCAN/releases/tag/continuous

The GVRET/M2RET/ESP32RET firmware updaters have scripts for use with Windows and OSX. It can be used to automatically update the firmware to the newest version without having to compile anything.

A half hour video that walks through SavvyCAN and how to use it. The video is a little dated now (several SavvyCAN versions old) but still a good resource for getting into SavvyCAN.

https://store.evtv.me/products/esp32 (Custom Dual CAN board based around ESP32. Second CAN bus is CAN-FD capable)

https://store.evtv.me/products/arduinoduecanbus (Dual CANBus, 2MB EEPROM, Based around Arduino Due)

https://store.evtv.me/products/model3obdii (Model 3 Interface for vehicles made before Jan of 2019)

https://store.evtv.me/products/model3obdii2019 (Model 3 Interface for vehicles made on or after Jan of 2019)

The source code can be accessed on GITHub.